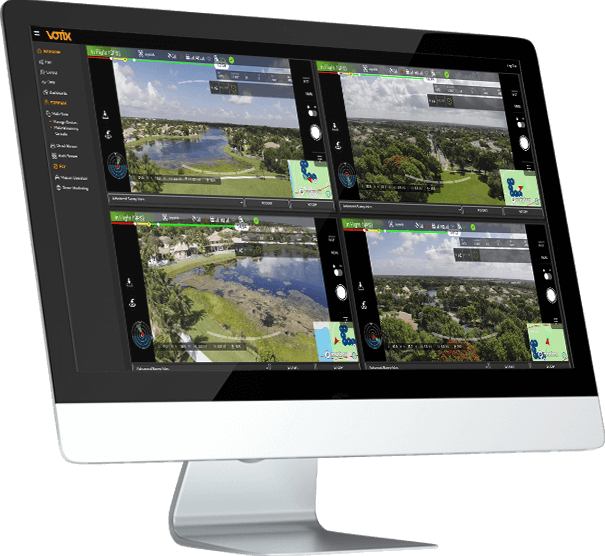 VOTIX STREAM provides secure ultra-low latency high-definition (HD) drone live stream from any drone through the cloud to multiple people in different locations. VOTIX STREAM uses the VOTIX SHARE (VXS) mobile app to collect the video signal to function as either a direct stream from any drone to any browser, and also to stream the video signal simultaneously to multiple browsers via VOTIX Video Management System (VMS). VOTIX STREAM also allows you to live stream directly to video sharing platforms like YouTube, Facebook, Twitter and Vimeo.

VOTIX STREAM enables pilots to share their real-time flight videos with anyone, anywhere, including simultaneous streaming from multiple drones to different audiences and multiple groups. The stream can be configured to be open, PIN based or authenticated, and it is secured by strong encryption. VOTIX STREAM allows you to import video feeds from other sources such as IP cameras, CCTV, phones, body and dash cameras, so in a single console you can visually monitor and correlate videos from different angles and locations, creating better situational awareness.

Starting at $29 /month
Price per user in annual payment.

Go beyond with the full suite of VOTIX products!